He started out using alcohol as a teenager. Some years later, he turned to opioids following a “severe workplace injury.” Opioid dependence led to heroin addiction, which led to issues at work and periods of homelessness. Brian Bishop overdosed last year. He left behind a mother who loves him deeply and who still wonders why addiction ripped apart the life of her son and her family.

Teen drug abuse is a major problem. When should you talk to your teens about drugs, and how can you help your teen if he or she is already addicted?

Drug and Alcohol Abuse Among Teens

Youth between the ages of 11 and 21 commonly experiment with drugs and alcohol. The 2016 National Survey on Drug Use and Health found that approximately 2 million juveniles–between the ages of 12 and 17–were using illicit drugs like marijuana, cocaine, and hallucinogens. In addition, over 2 million adolescents consumed alcohol, and over 1 million had a history of binge drinking.

Why do teens turn to drugs and alcohol? The National Institute on Drug Abuse (NIDA) has identified at least five reasons:

You may be thinking that you and your teens live in a good community. Your kids attend the best schools. They are surrounded by supportive family and friends. There is no way that they could ever come in contact with let alone abuse illicit substances. Unfortunately–no matter where you live, no matter what schools your children attend, and no matter how respectful your teen’s friends seem–kids have easy access to drugs. Adolescents can find opioids in the medicine cabinet in your home or the home of a friend or family member. Inhalants like spray paint and hair spray are also easily accessible. Club drugs like K2 and kratom can be purchased with a simple Internet search. Teens are speaking out about how easy it is to get illegal drugs like heroin from their peers. As 17-year-old Brigit Manz explained, “It’s everywhere. It’s right down the street. You can do it in 45 minutes. You can go down to your neighbor’s, you make four to five phone calls, and he knows this girl who knows this guy who knows her cousin who knows her brother that has [the drugs].”

The Best Time to Talk to Your Teen 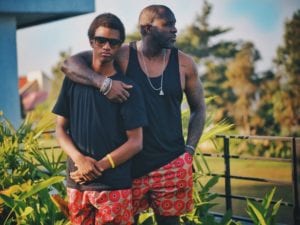 Believe it or not, the best time to talk to your teen is before he or she becomes a teenager. Research performed by NIDA has found that substance abuse by adolescents and young adults can actually be prevented before a child reaches the age of 8. The Partnership for Drug-Free Kids offers suggestions on how to have the talk about drugs with children as young as two years old.

If your child is already a teenager, however, it’s not too late! There will be pivotal points during your child’s teenage years when discussing drug use will be especially meaningful such as just before they start high school or when they start making new friends. You can still make an impact on your teen’s choice to abuse or abstain from drugs:

What to Do if Your Teen is Addicted

Even when parents do all that they can to protect their children, young people can still develop an addiction. Here is what you can do if you suspect or know that your teen is battling drug addiction:

As a parent, you have one of the hardest jobs in the world. If your teen is battling addiction, please reach out for help.

Patrick Bailey is a professional writer mainly in the fields of mental health, addiction, and living in recovery. He attempts to stay on top of the latest news in the addiction and the mental health world and enjoy writing about these topics to break the stigma associated with them.

Is the Rise of Technology Causing an Increase in Anxiety?

Opioid Addiction Services: Are we Helping or Enabling?

Ways to Get Your Cardio In Without a...

The Importance of Having your Gut Microbiome Checked!

Why Choose Physiotherapy From The Best Physio Groups?

Back to school: Tips to ensure your child’s...

How to make goals now that you’re in...

5 Ways Yoga and Exercise Can Help You... 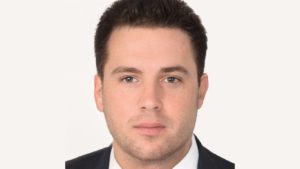